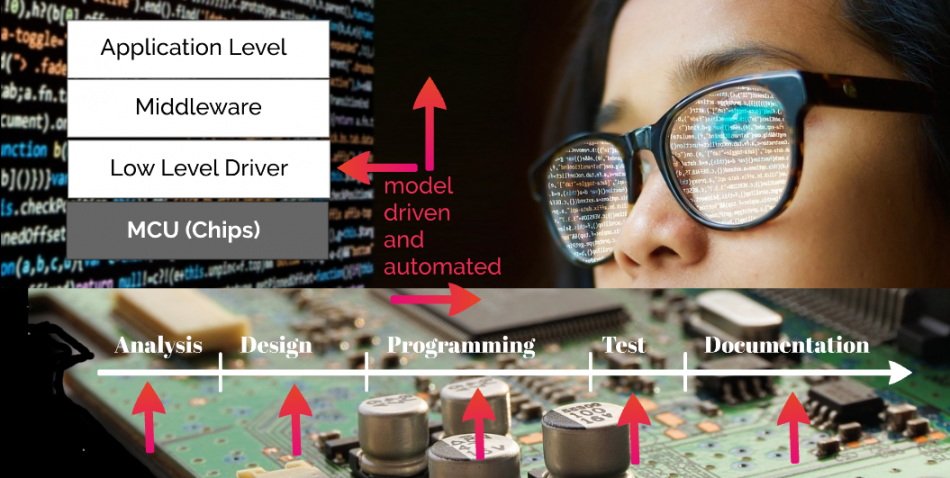 SiSy is the abbreviation for Simple System. Simple stands for a simple procedure and clear presentation. System, on the other hand, describes a structured and methodical construction with standardized means of representation. The size of the systems does not matter. With the help of SiSy, the means of representation that are used to construct a system are mapped individually and task-specifically. This means that special display techniques are also available for each specific construction task. The systems constructed by Sisy can be very diverse. The possible uses range from the construction of software systems for microcontrollers to database solutions on workstations and servers to business management systems. SiSy is a general modeling tool for any system. 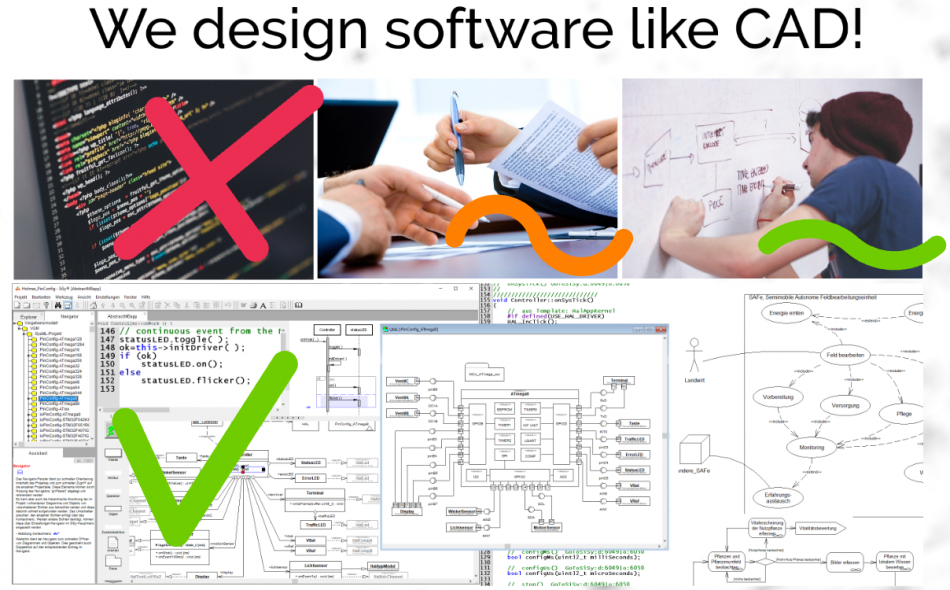 Outputs of the SiSy modeling tool

There are specific editions for the different possible uses of SiSy, which are tailored to the respective tasks. For example:

* License models and price list - for a wide variety of applications

Versions of the SiSy modeling tool

The development of SiSy does not stand still. Error corrections, adaptations to new operating systems, improved tool properties and new functions manifest themselves in the respective versions of SiSy. The version number is made up as follows: major version, minor version, patch. The major version is incremented in the case of fundamental technology or architecture changes. The minor version is incremented when the functionality is expanded. Letters are appended to the version number for the patches. These are minor adjustments or changes.

Tutorials and quick starts are available to get to know different functionalities and applications. With their help you can try out small examples step by step.

The Unified Modeling Language is a set of representation rules (notation) for describing object-oriented software systems. With the help of UML, software systems should be able to be better analyzed, designed and documented. The UML diagrams are assigned to different semantic areas. It is possible in SiSy to automatically generate the source code for the desired target system from the UML model.

SysML is a standardized modeling language for the specification and visualization of interdisciplinary system models. The SysML based is an extension of the UML. The focus is on the analysis, design, verification and validation of complex systems. SysML is particularly suitable for projects in the fields of mechatronic systems, automotive, aerospace and automation technology. SysML should always be considered if systems are to be modeled that consist of different (electronic, mechanical, hydraulic, pneumatic, software or social) subsystems.

With the outputs SiSy AVR / STM32 / XMC / Microcontroller ++ etc. you can use class diagrams, state machines, program flow charts or even structure diagrams to design, generate, create, transfer and test programs for microcontrollers. Starting with the Microcontroller ++ edition, it is also possible to develop Windows applications that communicate with the embedded system. You can choose between the programming languages Assembler, C / C ++, Java or C # based on .NET.

Windows applications with the SVL

Simply implement your applications with the help of the SVL class library. This supports the simple creation of Windows applications in the programming language C ++ and provides the programmer with many powerful functions that make application programming easier and faster. The SVL is divided into different packages, which in turn contain certain classes with the respective functions. It offers special support for microcontroller applications created with SiSy.

There are specific add-ons for the various areas of using of SiSy, depending on the range of tasks. The different editions are corresponding combinations of SiSy with matching and complementary AddOns. It is also possible to configure individual outputs by adding the desired AddOns.